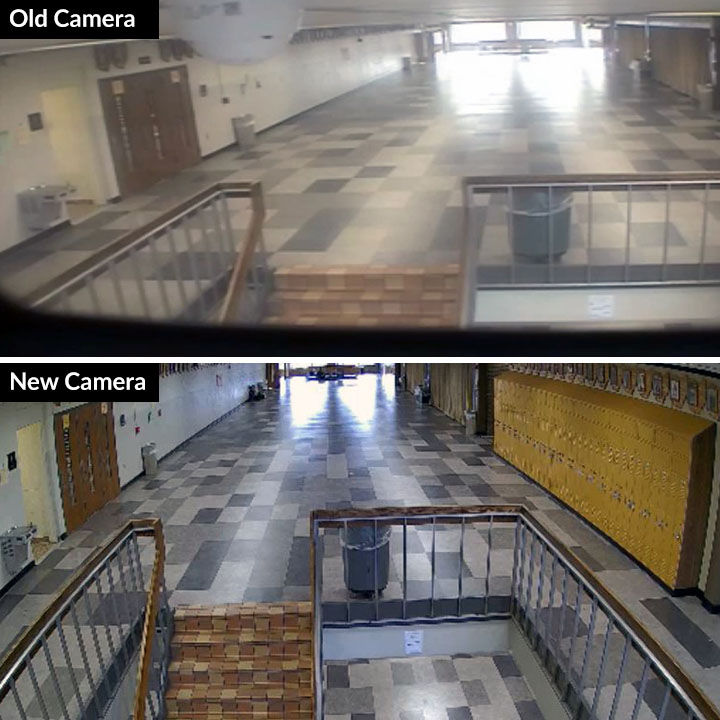 Centerville City Schools are replacing surveillance equipment and adding security cameras as part of ongoing safety and security enhancements throughout the district.

"The safety of our students and staff is a priority for us, and we know it is important to our community as well," said Jon Wesney, the district's Director of Business Operations. "We are continuously examining our security measures to determine how to keep everyone as safe as possible, and replacing and adding to our surveillance systems is one way to help with that."

According to Wesney, security systems have been updated at Centerville High School, and improvements are underway at the district's three middle schools. Moving forward, he will work with building principals at the primary and elementary schools to see where surveillance equipment can be improved at those locations.

This project is being partially funded through House Bill 166, a school safety initiatives grant. Additional money will come from the district's Permanent Improvement (PI) Fund, which is used for making improvements to property and fixed assets and cannot be used for the district's current operating expenses. In November, voters passed a levy that included an additional 1-mill in PI money for Centerville Schools.

Centerville has a number of security procedures already in place, including locked school doors and call boxes at front entrances for visitors to identify themselves and to notify the office of the reason for their visit. Schools practice fire, tornado and safety drills regularly throughout the school year to meet state requirements. Other safety measures include the Multi-Agency Radio Communication System (MARCS) in all school buildings, a district-wide emergency radio channel, a contract with Social Sentinel to scan social media sites, school resource officers throughout the district, and a 24-hour Student Safety Reporting anonymous tip line.

Centerville City Schools serve nearly 8,400 students in Centerville and Washington Township in southwest Ohio, offering a variety of educational programs to a diverse student population. The district operates 13 school buildings, as well as two preschools and a bus facility accommodating and servicing 120 buses that also transports daily to 15 public and 15 non-public schools. Visit www.centerville.k12.oh.us for more information.
Powered by Finalsite

Parent-teacher conferences are taking place at all grade levels this week, and there is no school on Thursday, Oct. 28 or Friday, Oct. 29. School will resume on Monday, Nov. 1.